PLEASE NOTE:
The information you are viewing for this event is from Thursday, Dec 3, 2020.
Please check back for updates. 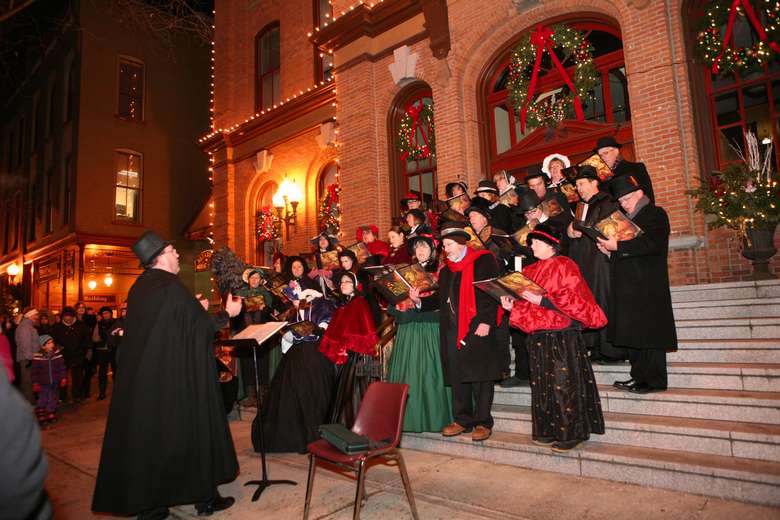 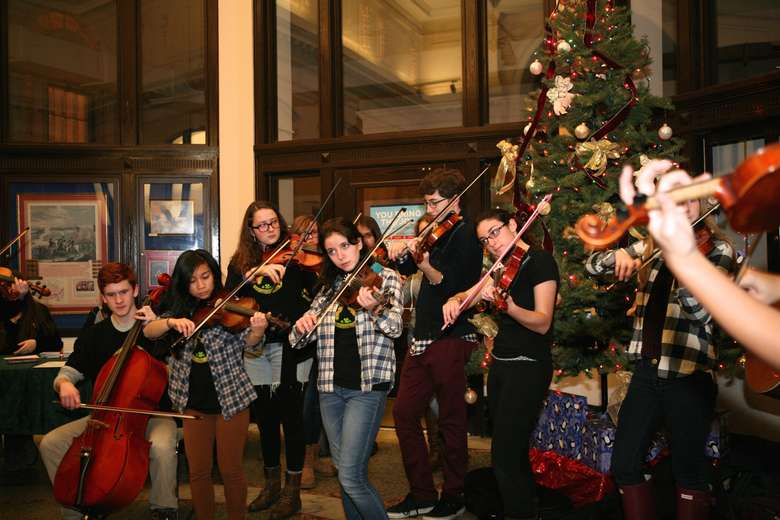 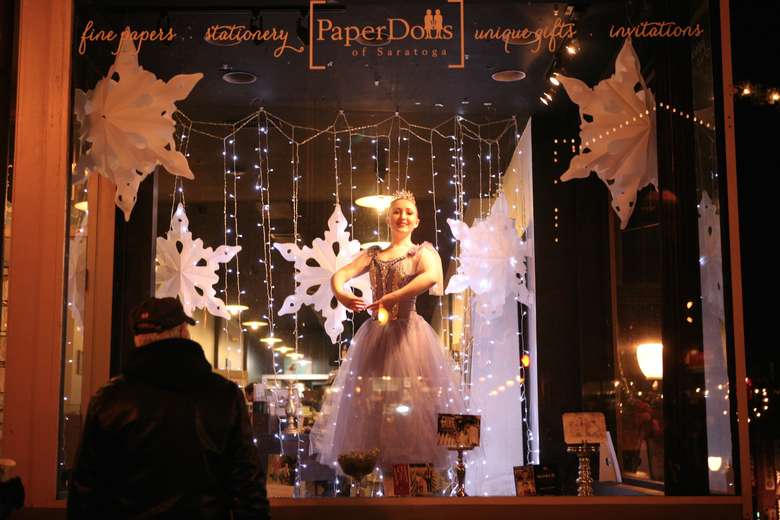 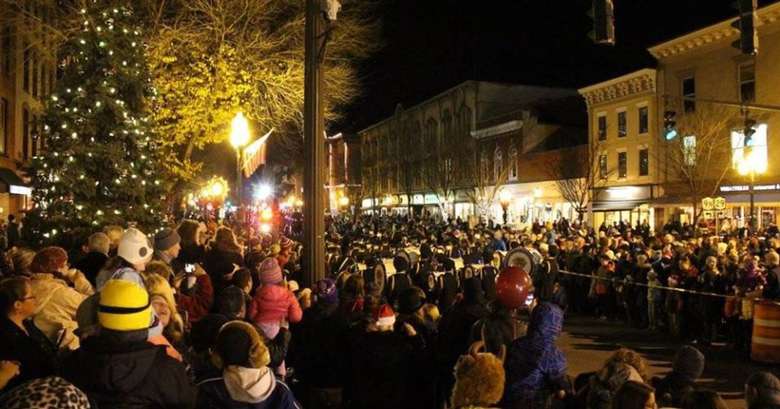 Photo from Saratoga Festival of Trees 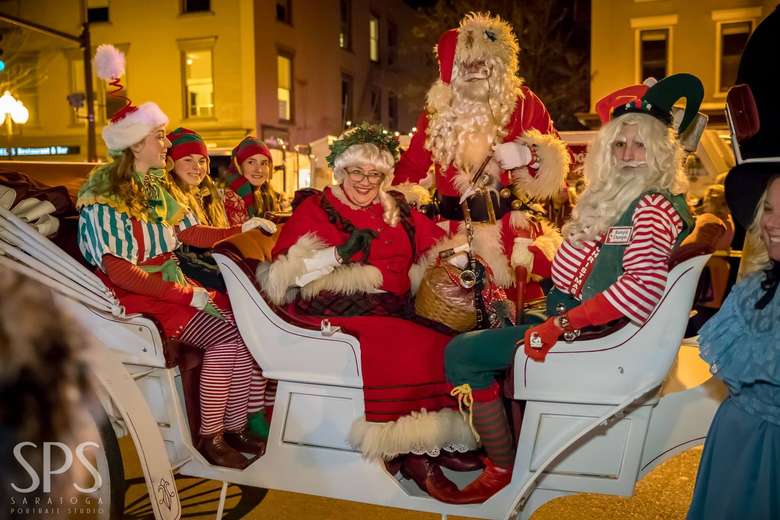 When: Event has passed. Watch this page for updates.

The Saratoga Springs DBA, who has presented the traditional Victorian Streetwalk for the past 33 years, in collaboration with Discover Saratoga, is bringing an enhanced holiday look to Broadway and the downtown area for a month-long celebration called Victorian Streetscapes.

The official "kickoff" to the season will take place virtually on Thursday, December 3 at 6pm on Facebook Live, when Mayor Meg Kelly "lights up the tree," signifying the start of the 2020 Victorian Streetscapes season in downtown Saratoga Springs!

The new holiday Streetscapes theme includes a professionally lit 19 ft. White Spruce that sits in front of Putnam Market at the center of the City. The tree, donated by The Charlton School, comes from what originally started as the Christmas Tree Project. In addition to "the Big Tree," sixty 6-ft. trees, decorated with warm white lights, stand in front of storefronts throughout the downtown Saratoga area brightly lighting up the streets for the holiday season. The 6-ft. trees were donated by Ellms Family Farm.

While Santa won’t be in his cottage this year, his traditional downtown home will once again sit on Broadway next to the 19-ft. Spruce. Local children are invited to bring their letters to Santa and deposit them in Santa’s mailbox on the front of the cottage. As an alternative to in-person visits with Santa, the Saratoga Springs Downtown Business Association and Stewart’s Shops are bringing Santa to the children of Saratoga Springs! On six dates prior to Christmas, children are invited to catch a glimpse of Santa as he travels through Saratoga neighborhoods atop a Tower Ladder fire truck, provided by King Enterprises. Santa Is Coming To Town is sponsored by Stewart’s Shops. Dates, as well as neighborhoods that Santa will visit, will be available on saratogaspringsdowntown.com.

Please visit www.saratogaspringsdowntown.com for a full schedule of Santa’s neighborhood visits. This magical holiday scene was created for the whole family to enjoy in downtown Saratoga Springs, where you can SHOP LOCAL and support Saratoga’s independently-owned small business community! For more information call 518-587-8635.

Please note: The featured photos are from past Saratoga Victorian Streetwalk events and do not reflect this year's format.